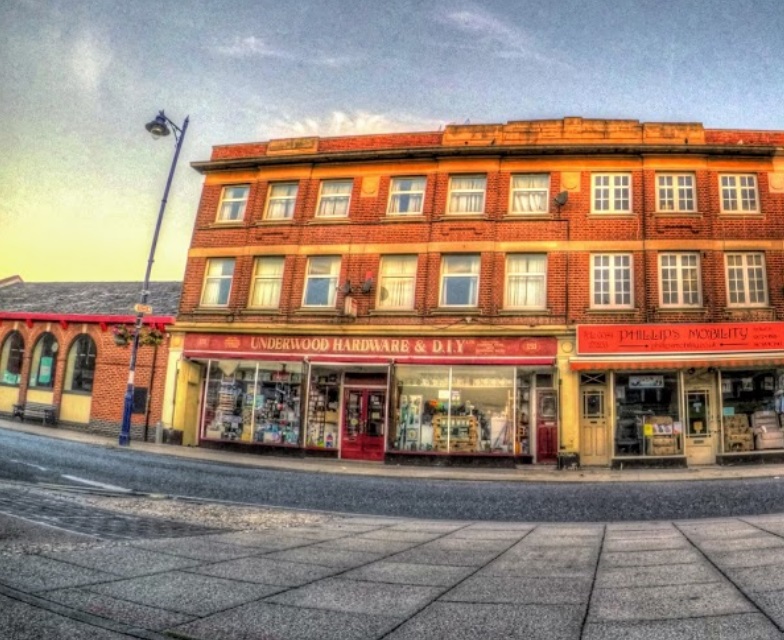 We are one of Felixstowe's largest family owned retailers and in 2016 we celebrated 70 years of trading. Until then the building was home to Trafford & Randall who ran it as an ironmongers and builders' merchant.

Edwin Samuel Underwood formed a partnership with his father in a Letchworth plumbing business after being released by the Germans soon after Armistice day in 1918. Edwin then joined forces with his younger brother Albert and opened Underwood Bros. also in Letchworth.

Over the years the business expanded and the family opened others shops in Welwyn Garden City, Cambridge, Bury St. Edmunds and also Felixstowe. His son also named Edwin, moved to Felixstowe to manage the shop until it was sold in the early 1980s.

It was sold again in 1985 to Roger Hewitt who ran it with his family for over 20 years, until 2008 when it changed hands again and has been run by the current owners Paul Armbruster and David Wyard ever since.

The store has undergone various changes over the decades but remains a traditional shop with a nostalgic air much admired and enjoyed by our regular and new customers alike.

We are also fiercely competitive and more often than not, can save an out of town journey to the more expensive chain stores.

A wide range of products are available, including;

Ironmongery - from nuts, bolts and screws to door furniture, locks and key cutting.
Electrical - from cable and sockets to extension leads, bulbs and fluorescent tubes.
Plumbing - from copper and waste pipe to shower hoses and toilet seats.
Tools - both hand and power tools, from axes, saws and spanners to power drills and jigsaws.
Timber and Glass - from planed and exterior plywood to mirrors and glass all cut to size.
Decorating - from metal and emulsion paints (mixed and premixed) to sand paper and brushes.
Gardening - from seeds, bulbs and seasonal plants, to tools and outside furniture.
Homeware - from cleaning products and drain cleaners to a large selection of broom heads and door mats.
Fuel - from Calor Gas and fire wood to coal (standard and smokeless) and paraffin as well as portable gas heaters.
Kitchenware - from saucepan sets by Stellar and Judge to bakeware, electric can openers and slow cookers.

A local delivery service (usually twice a week) is available.

There is a pick up/drop off area at the back of the shop, accessed via Penfold Road.

There are no reviews yet.